&Unity in Diversity& ran like a common thread through this year&s meeting of the Annual Conference Bulgaria-Romania, which took place from March 31 to April 3 in Varna. Both worship services, topical lectures and the &regular& conference reports were an expression of unity in diversity.

The Bulgarian evening had been prepared by choirs and worship groups from the Varna region. The wide range & from a Turkish-speaking band to an old Armenian hymn to a choir and a worship group of the Bulgarian-speaking congregation & made visible how Christ can create a new unity among people. The Romanian evening was led by Sergiu Bolotă, a musician of the UMC in Sibiu. He combined many different music styles having one aim: to praise God.

The first part of the conference was dedicated to the main theme & and ultimately to the question of Methodist identity. What is, against the background of a rich diversity, the unifying bond among Methodists & in regard to their understanding of the Gospel, in regard to their spiritual life, in regard to further developing the church? Because of the fact that many people join the UMC with another church background (or no church background at all), it is crucial to discuss this question over and over. It is a vital contribution towards a clarification and sharpening of the church profile.

Because of the fact that several changes in the appointments became necessary for Summer 2016 already, many church members had, for the first time, to deal with the reality that &their& pastor will leave them and that an &unknown new pastor& will come. They had not experienced this since they had become members of the church. However, on an Annual Conference level, the related discussions, questions, and challenges discharged into an expression of Methodist connection: no local church is left to itself with its problems. There is a mutual solidarity, which is sustainable.

A student, who will complete his studies soon, was commissioned as part-time local pastor. A Romanian and a Bulgarian local pastor were accepted as pastors on probation given the fact that they had completed their basic theological studies and gained experience in serving various local churches. This is an encouraging expression of growth of a new generation of pastors.

The next meeting of the Annual Conference will take place from March 30 to April 2, 2017. The venue has not yet been chosen. 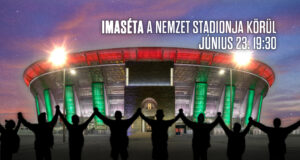 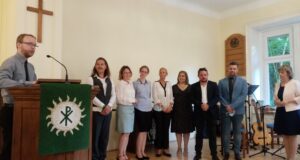